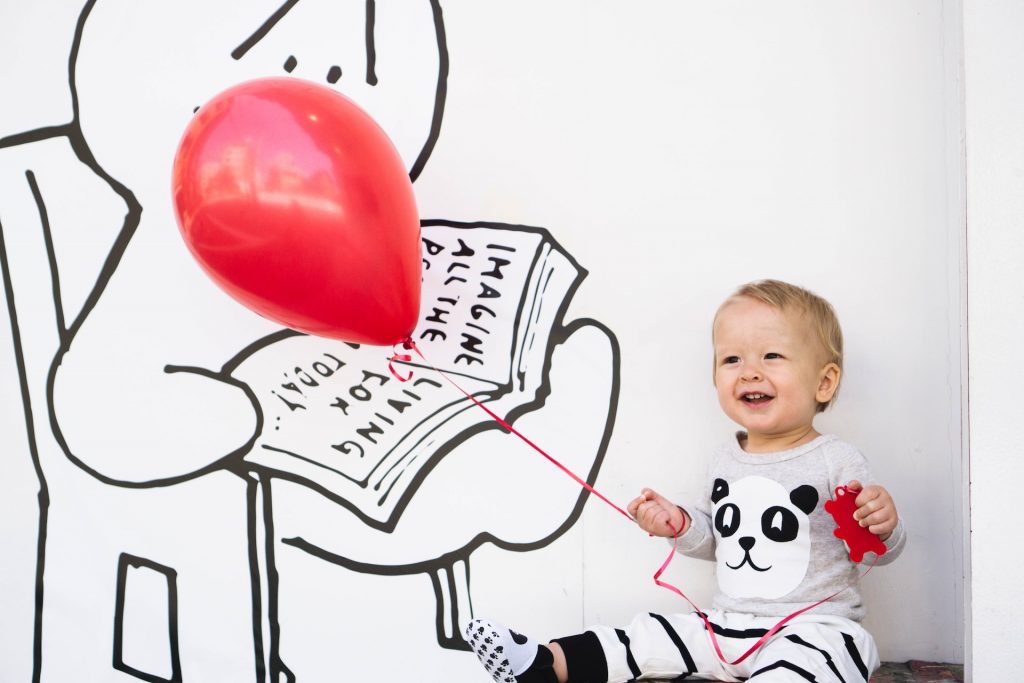 This newsletter is for practitioners, parents and anyone who is working with young children and their families in Jersey. If you are aware of someone who would like to receive the KMC newsletter and who does not currently do so, please ask them to email kate@jcct.org.je to be added to the mailing list.

Thanks to everyone who has submitted their setting agreements. I hope that your home visits and events are going well, I would love to hear all about them.. Please email Gholden@ncb.org.uk with your news.

The Government of Jersey has launched an island-wide campaign – on World Children’s Day (20th November 2019) – to encourage everyone in Jersey to support the Pledge to Put Children First. The Government launched the eight-point Pledge to Put Children First just over a year ago, in which Ministers, States Members, and public service leaders committed to being accountable for improving the care of, and upholding the rights of, every child in the Island.

Now, a new campaign, to which students from Jersey’s School Council Network have contributed, has been launched to encourage Islanders to support the Pledge through a new Putting Children First webpage.

The campaign will raise awareness of what Putting Children First involves, using the outcomes from the Children and Young People’s Plan so that all children and young people will grow up safely, learn and achieve, live a healthy life and be valued and involved in everyday decisions that affect their lives.

The Government of Jersey has launched this campaign on World Children’s Day, the 30th anniversary of the United Nations Convention on the Rights of the Child (UNCRC), to demonstrate its commitment to Putting Children First.

Schools around the Island are supporting the Putting Children First campaign as well as celebrating children’s rights as part of the UNCRC 30-year anniversary.

The Minister for Children and Housing, Senator Sam Mézec, has lodged the draft Children and Education (Amendment) (Jersey) Law to end the use of physical punishment in Jersey.

If the draft Law is approved by the States Assembly, Jersey would follow Scotland as only the second place in the British Isles where children will have the same protection from physical punishment as adults.

The draft Law will abolish the customary law defence of “reasonable corporal punishment”. This means that any adult acting in a parental capacity who is accused of assault against a child, will not be able to use this defence. This means they can no longer legally physically punish a child.

Health Visitors from Family Nursing and Home Care have achieved Stage 1 of the UNICEF Baby Friendly Initiative, an internationally-recognised award of quality care.

This initiative aims to support breastfeeding and good infant nutrition and to help parents to develop close and loving relationships with their babies.

To reach level 1, Health Visitors have been given specific training about the benefits of breastfeeding, and how to support mothers to breastfeed for longer.

This programme is a commitment in the government’s Food and Nutrition Strategy and features in the Children’s Plan, as breastfeeding is a key indicator of success in the Future Jersey priorities.

Sarah Wright, project lead for the Baby Friendly Initiative, said: “In order to reach level one, we have developed guidelines on how our staff will support mothers to breastfeed for longer. We have trained 96% of Family Nursing’s Health Visiting team and are on track to train 100% of our staff by the end of 2019.”

All new parents in Jersey will be offered up to 52 weeks off work, following approval of the States. The new laws have been described as “trailblazing” by Deputy Rowland Huelin. Jersey’s States members voted 38-6 in favour of the proposal which intends to “encourage gender balance in childcare roles”. Both parents will able to take the leave in up to three blocks over two years.

Politicians rejected an amendment to offer six months of leave to new parents, rather than a year. Maternity and paternity cover on the island currently offers only 26 weeks of leave, half the time offered to new mothers in the UK.

New fathers in Jersey will now receive six weeks of paid leave, like their partners, increased from their previous entitlement to two weeks’ pay.

Parents will be allowed to take their leave at the same time if they wish to.

The proposal will also allow women to request breastfeeding breaks at work, whilst employers must take “reasonable steps” to provide facilities for breastfeeding. It is anticipated the law will come into effect between June and July 2020.

Research and practice from the UK and international contexts

MITEY (Men In The Early Years) has produced a free guide on recruiting men into early years education. The guide suggests practical ways for early years employers to attract more men into the workforce.

Dates have been announced for the 2020 World Autism Awareness Week – 30 March to 5 April 2020. In 2019, over 4,000 schools signed up and took part in awareness and fundraising activities.

The NSPCC has published a report examining the views of parents and carers of disabled children and young people on how to keep them safe from child sexual abuse. The research suggests that professionals should work in partnership with parents to ensure that disabled children receive consistent, accessible information on safe touch, choice and control, and how they can let others know when they feel unsafe.

The NSPCC has published a blog on contextual safeguarding; it looks at why it is relevant to voluntary and community organisations The blog discusses what is meant by contextual safeguarding; the importance of understanding what’s happening in the local area; and the importance of working together with others in the community, as well as with parents, families and local residents, to help keep children and young people safe.

What children learn from messy play

In this extract from Messy Play in the Early Years, Sue Gascoyne – a creative arts & play therapist and founder of sensory equipment specialist company, Play to Z Ltd – provides a theoretical perspective on children’s ‘material engagements’, while keeping hands-on practice clearly in view.

Abstract: Musical play is an activity in which young children more or less freely explore and create with sound, with limited guidance from a teacher. This study explored the occurrence of musical play in Dutch early years education (4–5-year-olds).

Twenty early years classroom teachers were interviewed about the content of the music education taking place in their classroom, and about a possible facilitation and guidance of musical play. Findings showed that ten teachers were unfamiliar with musical play, whilst nine experienced it as too difficult due to limited experience and knowledge. One teacher successfully included musical play, due to additional pre-service training. We argue that musical play may be a valuable addition to early years music education, one that enables young children to learn about music more consistent with their age and interests. Based on our outcomes, we advocate the provision of additional teacher education around facilitating musical play.

Thank you for reading.

KMC is part of the Early Childhood Development Programme. The programme is led by the National Children’s Bureau (NCB) in partnership with the Government of Jersey and Jersey Child Care Trust, informed by the Education Department, Health and Social Services, the Best Start Partnership and the Jersey Safeguarding Partnership Board. The programme is funded by UBS Optimus Foundation UK.

KMC newsletters are compiled and edited by NCB on behalf of local partners. If you have any questions or comments about KMC, please contact GHolden@ncb.org.uk 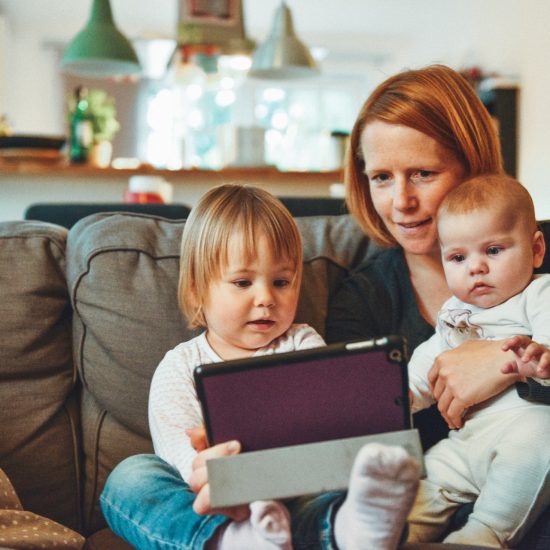 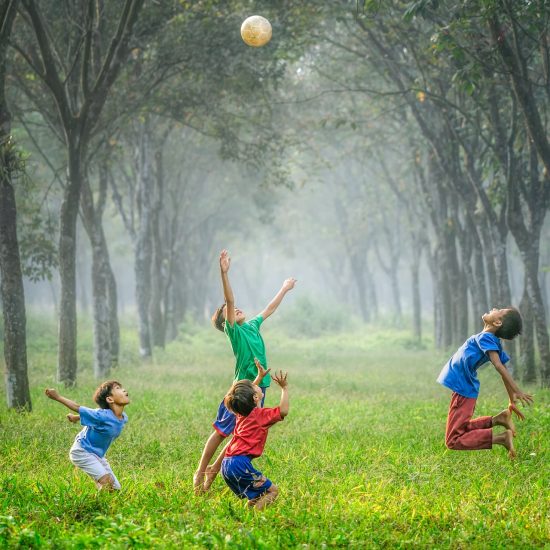